Honda will comeback to F1 in 2015 as a engine supplier for McLaren.

They confirmed that on their todays press conference.

Honda wanted to comeback to F1, because they liked the idea of the 1.6 litre V6 turbo engines replacing the old 2.4 litre V8  engines for 2014.

We don’t know how the livery will look like, but because the name of the team will be McLaren-Honda again, it would be awesome if the red/white livery comes back.

They also came back to F1, because Hybrid tech will come for the 2014 season and you know Honda has a lot of it in their road car line up. So they don’t have to bring cars like the ”Earth Car” back in F1 2008, their last F1 season.

Of course Mclaren and Honda had a really succesfull partnership before.

McLaren-Honda won four Driver and Manufacturer titles from 1988-1991, their partnership ended after a not so good 1992 season, back then when Nigel Mansell dominated that year with the Williams-Renault.

Hondas return to McLaren is also very good for McLaren in the financial aspect.

They have to pay for their engines for the first time since 1996 and are generally in a not so good financial position.

So their F1 future in combination with their new sponsor Gillette is safe- for now.

Honda didn’t talked about any engine tests or supplieng other F1 teams in the future.

We’re coming to the end of the season, we have just three races left. So how many has each driver used out of the eight engines allocated?

Here is how it stands:

The Korean Grand Prix marked the first race in the final quarter of the 2012 Formula 1 season. It also brought the first penalty of the season for using a ninth engine, as all drivers have been allocated eight units for a single campaign since the start of 2010. 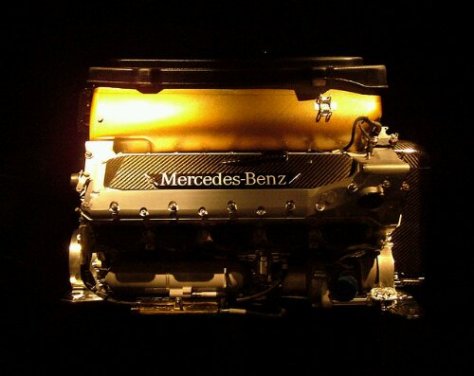 At this point – with the races of India, Abu Dhabi, the United States and Brazil still to run – being on your eighth engine can still mean you are comfortable, as previous powerplants can be used. Still being on your seventh is an even more ideal scenario.

Ferrari believe that they will have an advantage with engines across the remaining nine races of the 2012 F1 season. Heading to Belgium, Fernando Alonso is on his fourth unit of the season, whereas all of his closest rivals have already moved onto their fifth. Under the current rules, to ensure that development costs are kept to a minimum, each driver is permitted eight engines which can be used at any point over the course of an entire season. Should he have to use a ninth, a grid penalty will be applied.

“Looking at the current situation, we have used four engines and it’s five for our main competitors,” Mattia Binotto, who works with engine and KERS development at Ferrari, said in Thursday’s press conference at Spa. “So that could be to our advantage by the end of the season. Once we get to Monza, that will become six for us and seven for the others.

Looking at the power differences, it can be up to one tenth of a second difference in qualifying.”

Binotto also discussed Ferrari’s engine development project for 2014, when the sport will be shifting to brand-new, 1.6-litre V6 turbo units: “Everything is a real challenge with the new power units. Having two projects overlapping is quite difficult. It also means that all of the dynos, at some stage, need to be transformed from V8s to V6s and, as we go, we will keep having one less dyno for V8 development. It’s really, really difficult to get it right with the timing, but every day we do that will be one more day of development with the V6, which you have to move over to at some point.”

At the end of Friday’s first practice session in Belgium, Felipe Massa stopped with a smoking engine. The team soon confirmed to GPUpdate.net that this was an old unit.