According to Russian sources’ Vitaly Petrov is set to be retained at Caterham for 2013, the Finnish newspaper Turun Sanomat claims.

Petrov’s  manager Oksana Kosachenko revealed that “all the necessary work on our part is done — and it’s for Caterham to decide”.

Petrov’s teammate in 2012 was Finn Heikki Kovalainen, but Caterham has already announced that Charles Pic will be driving one of the green-liveried cars next year.

Among the other candidates to be Charles Pic’s teammate for next season are Giedo van der Garde, Bruno Senna and Luiz Razia.

Turun Sanomat quotes Kosachenko as saying: “I believe Vitaly’s race in Brazil securing tenth place in the manufacturers’ championship helps us to stay where we were.”

Also playing in Petrov’s favour is a recent visit to Caterham’s headquarters of his sponsor Russian Helicopters, and Bernie Ecclestone’s desire to have a local driver on the grid when Russia hosts its inaugural grand prix in 2014.

According to Germany’s Auto Motor und Sport, one of them is Mercedes’ AMGW04, to be raced next year by Lewis Hamilton and Nico Rosberg.

Reports also said that the silver single seater will have a new and smaller gearbox, totally different sidepods for the Coanda exhaust, and rear suspension designed to be flexible to geometry changes if required to suit Pirelli’s new tyres.

Earlier this month, Sauber became the first team to announce that its new car, the C32, had passed the FIA crash tests and was therefore clear to begin winter testing in February.

Ferrari will develop the aerodynamics of its 2013 car exclusively in Cologne, after encountering problems with its Maranello wind tunnel facility this year, and will be closed next year until August.

International reports, including in El Mundo Deportivo newspaper (Spain) and Kolner Express (Germany), said Ferrari has now turned its attention to Cologne, where the former F1 team Toyota rents out its state-of-the-art facility to clients.

Team president Luca di Montezemolo added: “We will develop the 2013 car exclusively in the Toyota wind tunnel to avoid confusion and mistakes.”

The Italian added that McLaren is also a regular customer of the Toyota tunnel.

Since the launch of F1Head in late june this year, a very good response has been received since then. The website crossed 18,700+ views since its launch. We would like to share with you the most read  posts in the website’s six month tenure. Here are F1Head’s ten most read posts from the year gone by….

1. 33 Classic Kimi Quotes (OCTOBER 18, 2012) To celebrate Lotus’ Iceman turning 33 today, I have put together 33 Kimi Raikkonen quotes from over the years.

4. Caterham has an interest in Bruno Senna (DECEMBER 19, 2012) Caterham team boss, Frenchman Cyril Abiteboul, reported today that the Brazilian driver Bruno Senna may be the companion of the newcomer Charles Pic, who is already confirmed as a team driver for the 2013 season.

The BBC today have announced that Suzi Perry will replace Jake Humphrey in the lead anchor role for the 2013 Formula 1 season.

Jake Humphrey, who has held the position since the BBC won the broadcast rights in 2009, will leave in order to present BT Vision’s Premier League football coverage.

“Motorsport is my life and I’ve really missed being away from the grid,” she said of the new opportunity.

“I am so excited to be joining the BBC. Working alongside such an eminent team and the F1 world is a huge honour and I can’t wait to get started.”

The corporation also confirmed it had extended its deal to broadcast half the races until 2018.

The ten races it will show in 2013 include; China, Spain, Canada, Britain, Belgium, Italy, Japan, India, Brazil and the yet to be named additional European event.

Caterham team boss, Frenchman Cyril Abiteboul, reported today that the Brazilian driver Bruno Senna may be the companion of the newcomer Charles Pic, who is already confirmed as a team driver for the 2013 season. 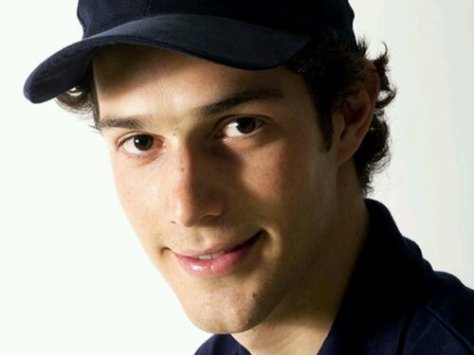 “We are seeking the right pilot who can grow the Pic, who is 21 years old and need to gain experience. We have already shown interest in our three candidates, one of them is the Senna” explained Abiteboul.

Senna was disconnected from Williams after the end of the season and seeks an opportunity to continue in Formula 1, ego addition to Caterham there is an empty cockpit at Force India.

Like Loading...
Despite his world-famous Virgin brand no longer being associated with F1, Richard Branson has finally decided it is time to ‘pay up’ on a wager he took with fellow 2010 debutant Tony Fernandes.

With both owning airlines at the time of their entry into the world of grand prix racing – Branson with Virgin and Fernandes with AirAsia – the pair struck a deal that would result in the loser having to serve as a stewardess for his rival. With Team Lotus – as the current Caterham operation was then called – coming out on top, Branson was the one to forfeit, but appeared to have welched on the bet….. until now.

With two full seasons having passed, and both teams having changed identity even though their respective positions in the F1 pecking order have altered little, Fernandes announced that the bearded British entrepreneur had contacted him out of the blue to pick up on the deal, which had had to be postponed first time around in 2011.

“Now here is a man with honor @richardbranson who just contacted me to honor his bet,” Fernandes wrote on his Twitter feed, “He will be an airasia stewardess in may on Airasia. 2 years late but main point he hasn’t forgotten.”

The contact has resulted in Branson agreeing to don AirAsia colours for a flight in May 2013, with tickets for the trip again set to be auctioned off for charity.

Should the deal fall through, however, F1 pit-lane reporter Will Buxton has come up with another suggestion, replying to Fernandes’ tweet by proposing that ‘given Virgin Money sponsors NUFC you should make @richardbranson stand in centre circle in Air Asia dress at QPR game’.