Have you ever wondered whether a F1 car beared numbered 13?

A car numbered 13 has only appeared once in a Grand Prix. Moises Solana qualified 11th for his first race at his home Grand Prix in Mexico City – in 1963 in a BRM numbered 13. He was a classified finisher in 11th despite his engine having failed eight laps short of the chequered flag.

Solana went on to compete in another seven Grand Prix but never with the number 13 again and never finished in the points.

The only other occasion a car numbered 13 appeared in a F1 race weekend was in 1976 when Divina Galica attempted to qualify for her first Grand Prix (also her home race, at Brands Hatch) in Surtees-Ford number 13.

She failed to make the race, as she did on her other two attempts to enter races in 1978.

Scuderia Toro Rosso have decided to retain Jean-Eric Vergne and Daniel Ricciardo for the 2013 F1 season, the team announced today. 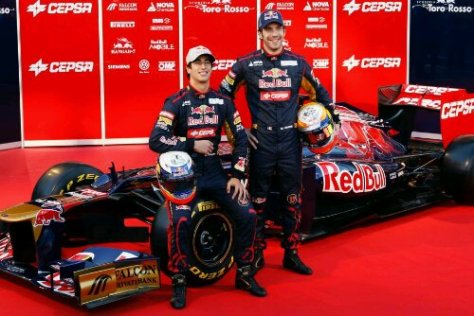 Jean Eric Vergne made his debut with Toro Rosso this season after finishing second in the 2011 Formula Renault 3.5 championship.

Vergne has scored 12 points so far and is currently in 17th position in the drivers’ championship.

“I am really happy about this great news,” he said.

“Thank you Toro Rosso and thank you Red Bull, who have backed me since the early days of my career.

“It has been a difficult season and, as a rookie, I have learned a lot, thanks to the support I got and the excellent relationship I have enjoyed with all the guys.

“I feel much stronger now and I know I have become a better driver over the course of the season.

“I really believe in this team and with all the experience I have gained, combined with the team’s ambitious plans for next year, I think we can look forward to great things in 2013, attacking all the way.”

Daniel Ricciardo made his F1 racing debut with HRT last season at the British Grand Prix before switching to Toro Rosso for the 2012 season.

The Australian has scored 9 points so far this season.

“I am really pumped to know that I am continuing with Scuderia Toro Rosso for another season and want to thank the team and Red Bull,” Ricciardo said.

“There are big expectations for next year and I’m ready and willing to fulfil them.

“I feel I have been growing and developing as a driver and my approach to the technical side of the sport has also progressed this year, so I am sure that will serve me well in my second season with Toro Rosso.

“We have had quite a tough season, but despite that, I have always enjoyed a good relationship with all the guys and I am delighted at the idea of working with them for another year.”

Team boss Franz Tost added: “Both drivers have done a good job this season. Daniel joined us with a few grands prix under his belt and so his feedback and experience was particularly useful while Jean-Eric got up to speed, often having to deal with tracks he had never seen before.

“Since the summer break, both drivers have scored more points and everyone in the team has been impressed with their maturity in terms of working with the engineers and their race craft on track.

“We will be doing our best in the next few months, to produce a 2013 car which will allow them to demonstrate their talent.”

We’re coming to the end of the season, we have just three races left. So how many has each driver used out of the eight engines allocated?

Here is how it stands:

Adrian Sutil’s manager Manfred Zimmermann has played down reports the German is in line for a return to F1 with Sahara Force India in 2013. 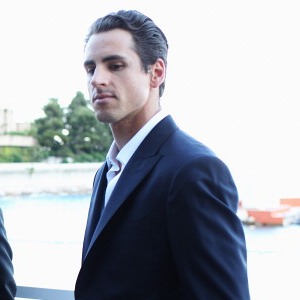 Adrian Sutil has been on the sidelines this year following his bar incident conviction of 2011.

Switzerland’s 20min. quotes admitting there are “definitely opportunities” for a return to formula one in 2013. But his manager Manfred Zimmermann is for now playing down the Force India link. “There are no concrete negotiations with Force India,” he told the German news agency DPA by telephone.

Zimmermann said Sutil, 29, has several options for 2013. “I think we have legitimate hopes,” he said. “We hope the puzzle is over in the next 14 days.” Indeed, another contender for Hulkenberg’s Force India seat must be the team’s reserve driver Jules Bianchi, who is backed by Ferrari and managed by Felipe Massa’s manager, Nicolas Todt. “If a place becomes available,” the French rookie told RMC Sport, “there will be plenty of contenders.

The Abu Dhabi GP is always a highlight for photographes, because the race begins in the evening and ends in the night. So you can see some great lightning effects and have some great pictures of it. Otherwise are the races on the Yas Marina Circuit totally boring. The tracklayout is crap and with to many chicanes. This track has 5km (not really) run off areas so you can spin seven times and can be still third overall (happend to De La Rosa in Bahrain 2006). Or as Raikkönnen said in  2009: The first two corners are good, the rest of the track is s**t. The Abu Dhabi GP is this weekend. 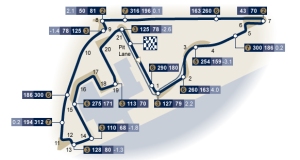 The Abu Dhabi GP was taking place since 2009 and until today we have just two drivers that won it: Sebastian Vettel

Vettel won the last round of the season after losing the title in Sao Paulo against Jenson Button, who was third in the race. Webber was second and maked a one-two po

dium for the energydrink. Hamilton was starting on pole and lead the race for 35 laps until he had a brake failure. Kamui Kobayashi was making fantastic moves on Raikkönnen and Sutil and it was the last race from BMW and Toyota. The fastest lap cam from Mr. Vettel.

The most exicitng Abu Dhabi GP ever. Alonso, Vettel, Webber and Hamilton had chances to become Formula 1 world 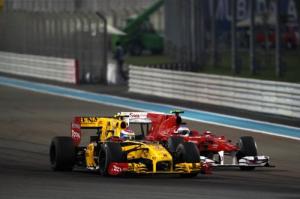 champion 2010. Vettel was starting on pole and just had to win the race. Alonso had to be fifth to become the new champion, Webber was second in the drivers table,  but after a terrible Qualifying (P5) the chance to get the first australian champion since Alan Jones 1980 was gone. All drivers had to retire and Hamilton had to win the race if he want it to be champion, unrealistic. Alonso had a good Qualifying session (P3), he just had to keep this position in the race. But Ferrari had to destroy every chance of winning the champioship with a bad pit stop strategy. Alonso left the pits behind Petrov on P7, who drove the best race of his career. Vettel was leading from start to finish. Vettel was coming trough the finish line and then Christian Horner said: Wait Vettel, it’s not over yet (remember Brasil 2008, Massa vs. Hamilton?). After all cars from P4-P6 came ahead of Alonso, Vettel won his first champioship and won the Abu Dhabi GP for the second time in a row. Hamilton second and Button third. Schumacher had a scary collision  with Liuzzi at the start of the race and had to retire, a bad end of his first season since his retirement in 2006. Hamilton drove the fastest lap. 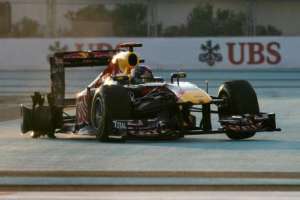 It looked like another win for Vettel, but everything was coming diffrent. At the start everything was normal, Vettel driving ahead into Turn 1 but then in Turn 2 came the surprise. The air of the left rear tire has gone away, so Vettel  spun out and had to retire at the end of the first lap. Hamilton was leading the race and won it at the end, Alonso behind and third was Button. Webber was driving the fastest lap.

Nico Hülkenberg will drive for Sauber in 2013.  But Sauber didin’t tell who he’s teammate will be, will it be Kamikaze (Kobayashi) or another Mexican like Esteban Gutierrez. Drivers like Alguersuari, Kovalainen, or Sutil still have chances to be the Number 2 in the team. 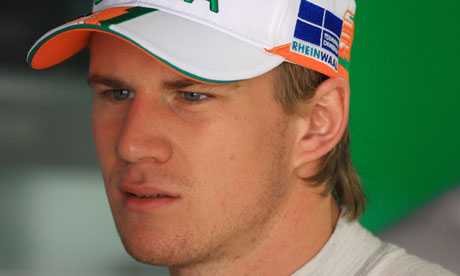 Hülkenberg’s joining to Sauber was absolutley right. He had to make a step forward in his career and we don’t know if the Sahara Force India team is financially alright. So Hülkenberg could stay for Sauber many years, if Telmex stays as sponsor.

Hülkenberg was from 2008-2009 testdriver by Williams, in 2009 he was GP2 champion. Hülkenberg was driving for Williams in 2010, he’s highlight in that year was he’s pole in Sao Paulo under rainy conditions. The Netherlands Robert Frijns has good chances to be testdriver by Sauber for the next season. He won three championships in three years (!), Formula BMW Eurocup 2010, Formula Renault 2.0 and the Formula Renault 3.5 Series this year.